The Start of Something Wonderful by Jane Lambert

The Start of Something Wonderful

It's never too late to follow your dreams....
Forty-year-old air stewardess Emily Forsyth thought she had everything a woman could wish for: a glamorous, jet-set lifestyle, a designer wardrobe and a dishy pilot boyfriend. Until he breaks up with her...
Catapulted into a midlife crisis she wishes she'd had earlier, she decides to turn her life upside down, quitting her job and instead beginning to chase her long-held dreams of becoming an actress!
Leaving the skies behind her, Emily heads for the bright lights of London's West End - but is it too late to reach for the stars? 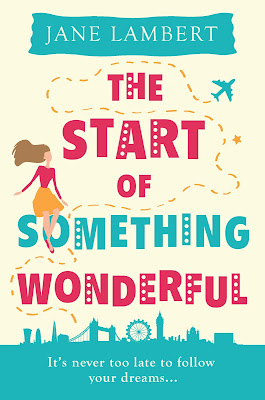 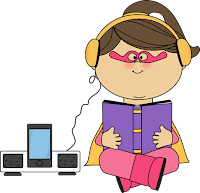 Forty-year-old air stewardess, Emily Forsyth, wakes up to the realization that life is passing her by, when her assumed "happily ever after" gives her the "its not you, its just not us" speech. A coming to awareness, thought provoking read.

Many younger women have dreamed of becoming a star, living in the spotlight, but Emily decides that it is now or never, she is not going to accept that her time has already passed. Nigel will regret this when he sees her name in lights!

A fun read about not giving up on your dreams, even when the path is unclear and the journey takes unexpected turns.  Emily has to find her own strength and create her own opportunities.
This is a friendship novel with the lightness of chick lit we all need to escape into now and again.
There is also the hope of new romance and new dreams to develop.

The book has a feeling of authenticity and we are grateful to be along for the ride, not living this journey ourselves.  A feel good book that has the benefit of encouraging each reader or listener to examine their own life and dreams to not waste the precious time we have left. 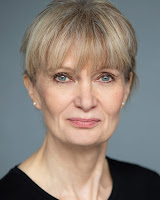 Author Bio – Jane taught English in Vienna then travelled the world as cabin crew, before making the life-changing decision to become an actor and voiceover artist in her mid-thirties. She has appeared in "Calendar Girls", "The Curious Incident of the Dog in the Night-time", "Deathtrap",  and most recently “True West” in London's West End.
She has recorded audiobooks for BBC AudioGo, Isis Publishing and HarperCollins.
She is currently adapting “The Start of Something Wonderful” into a 6-part comedy drama for TV. 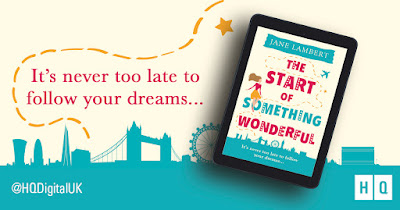