Bonfires & Hot Chocolate
(at the Little Duck Pond Café)
If you love all the colours of autumn, you're sure to warm to this uplifting story of love, loss and starting over. 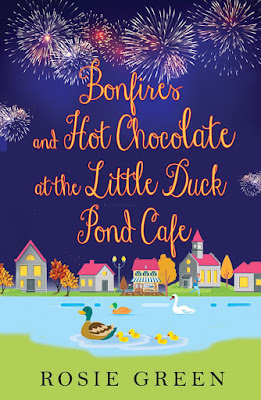 Primrose Wilkins arrived in Sunnybrook with a burning desire to find the family she's never known. But after a heart-breaking false start, she's beginning to have second thoughts. Can she find the courage to battle on in her quest? And with her romantic life at an all-time low, will meeting the intriguing and attractive Callum Davy be just what she needs to renew her faith in love?

Meanwhile, Fen is also finding it hard to be brave. She's made it through to the final of TV show 'Battle of the Bakes' (thanks to Ellie entering on her behalf), but she's always shied away from being in the spotlight. How will Fen cope now that she's a famous 'celebrity', recognised in the street everywhere she goes?
Purchase Links
US - https://www.amazon.com/Bonfires-Chocolate-Little-Duck-Pond-ebook/dp/B07XF1FDQC
UK - https://www.amazon.co.uk/Bonfires-Chocolate-Little-Duck-Pond-ebook/dp/B07XF1FDQC

At the beginning of the book, just as the autumn season is beginning, local baker Fen is featured on a baking competition television show. I am not much of a foodie show watcher, but recently, I have also begun watching televised baking competitions, based on Halloween themes. I get more emotionally involved in them than reality tv dance or singing competitions. A major twist during the show's finale (in this book) had me even more emotional!

Primrose only arrived in Sunnybrook a few short months ago with a broken heart. She is looking for a fresh start and ties to a family she has never known. Her mother was adopted and Primrose was raised by her grandmother from a young age when both of her parents tragically died. When she thought she was close to finding her grandmother, the missing daughter of that woman (not Primroses's mother) turns up! As disappointing as that is, Primrose has found a new family of sorts and a feeling that she belongs in Sunnybrook. Maisie Moo always adds a sense of brightness and humorous light when needed throughout this series.As the village prepares for a wedding, and Primrose wonders if her own heart will ever feel open enough to love again, a couple of handsome men do make it to her notice.
It is enjoyable to see the characters develop.

You will probably best enjoy this book having read previous books in the series, but similar to the Gilmore Girls television series, a visit even out of chronological order is always endearing. A gentle read but always much happening to keep you intrigued. 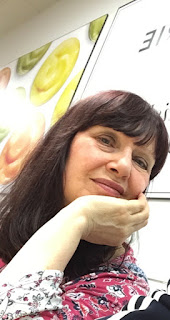 Rosie has been scribbling stories ever since she was little.

Back then, they were rip-roaring adventure tales with a young heroine in perilous danger of falling off a cliff or being tied up by 'the baddies'.

Thankfully, Rosie has moved on somewhat, and now much prefers to write romantic comedies that melt your heart and make you smile, with really not much perilous danger involved at all - unless you count the heroine losing her heart in love.

Rosie's brand new series of novellas is centred around life in a village cafe. The latest, 'Bonfires & Hot Chocolate at the Little Duck Pond Cafe', is out now.

Watch out for 'A Winter Wedding at the Little Duck Pond Cafe', which will be published Christmas 2019. 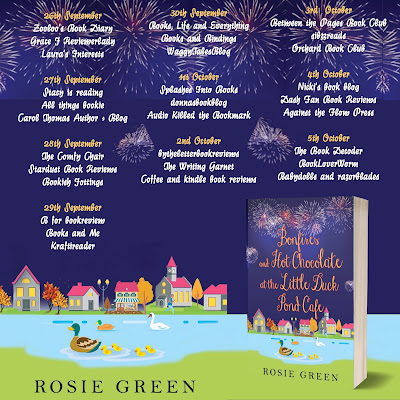