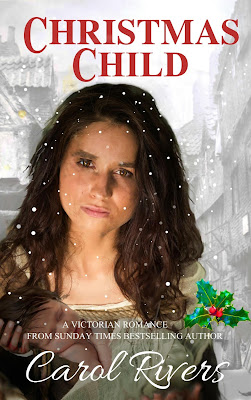 Snow falls … a dying Irish girl clutching her new-born baby drags herself to the sanctuary of an East End orphanage and throws herself on the mercy of the Sisters of Clemency. The nuns raise little Ettie O’Reilly as their own, but the lives of the nuns and orphans are soon crushed by an unscrupulous bishop. The heart-breaking outcome turns Ettie’s life upside down and Christmas will never mean the same again.
Will Ettie ever find her friend Michael Wilson whose secret holds the key to their past? Will Ettie keep her innocence and survive the traumatic events that are about to erupt?
Purchase Links
UK  -  https://www.amazon.co.uk/gp/product/B07VFQ56MQ/
US -  https://www.amazon.com/gp/product/B07VFQ56MQ/

It was a sombre grey day at the end of November and the temperature in the laundry was almost freezing. Ettie's fingers were numb and red raw. All the children’s clothes had to be washed in cold water since there was no soap left to clean them with. This made the scrubbing twice as hard.
Sister Patrick was pushing the wet clothes through the wringer with laboured movements and sighed to herself.
’Sister Patrick?’
‘What is it child?’
‘Has Mother Superior had news of Michael?’
‘Why should she? The boy ran off.’
Ettie was surprised that the nuns hadn’t been more concerned at his disappearance. ‘Shouldn’t we try to look for him?’
‘He left of his own accord, there’s nothing we can do.’ Sister Patrick looked up from the ancient wringer with its huge rollers. She swept the beads of sweat from her cheeks. ‘A boy like Michael will always find trouble.’
‘He was beginning to change,’ Ettie insisted.
The nun shook her head wearily. ‘Then God will look after him,’ she said and walked slowly to the big basin. ‘Ettie, I have some news for you. Dry your hands and sit on the stool.’
Ettie obeyed. Sister Patrick’s face was solemn and that could only mean one thing. This news wouldn’t be welcome. Ettie's heart lurched.
Sister Patrick said heavily, ‘Mother Superior has found you a position.’
Ettie looked blankly into the misted spectacles.
‘You are to be placed with a shopkeeper and his wife near the city. Your duties will be much the same as they are here. Your board and lodging will cost nothing.’
‘Sister Patrick, I’ve never been to the city before.’
‘London is full of splendour and majesty. You’re very fortunate. Mother Superior has provided your new employers with a good Character. She has written the reference herself.’
‘Thank you,’ Ettie replied. ‘When am I to leave?’
‘In the new year. After your fourteenth birthday. ’
Ettie screwed her hands into fists, her nails biting painfully into her palms; any distraction to hide how desperate she felt.
‘Ah, my dear girl, I know it’s hard.’
Ettie nodded. The news had come as a dreadful shock.
‘Your new position is an enviable one.’
‘What will happen to the orphans?’ Ettie blurted.
‘They will be found homes soon.’
‘But where?’
A grim expression crossed the nun’s face. ‘That’s not your business, Ettie.’ A cold finger touched her cheek. ‘Say your prayers now.’
Ettie hung her head. She shut her eyes tight and asked Jesus, Mary and Joseph to make her request come true. For she knew there was no one else to keep up the children’s spirits.
When she opened her eyes she was alone. Once more she returned to her bargaining with God. This time she offered the only thing she had left. ‘I don’t care for myself, dear Lord, but help the orphans,’ she begged, though after some thought, she added hopefully, ‘Or best of all, send a miracle to change the bishop’s mind.’ 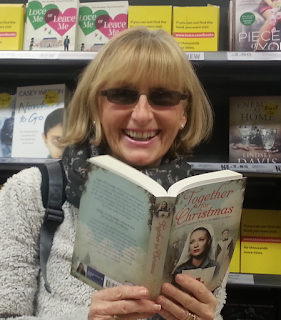 – “Were there’s muck there’s money!”    If my family had a royal crest I’m sure those are the words that would have been hewn into the stone above it.
Mum and Dad were both East Enders who were born on the famous or should I say the then infamous Isle of Dogs. They were costermongers selling fruit, veg and anything else that would stand still long enough!

Their family were immigrants who travelled to the UK from Ireland and France, while others emigrated to America.

As a child I would listen to the adults spinning their colourful stories, as my cousins and I drank pop under the table.

I know the seeds of all my stories come from those far off times that feel like only yesterday. So I would like to say a big heartfelt thank you to all my family and ancestors wherever you are now … UK, Ireland, France or America, as you’ve handed down to me the magic and love of story telling.