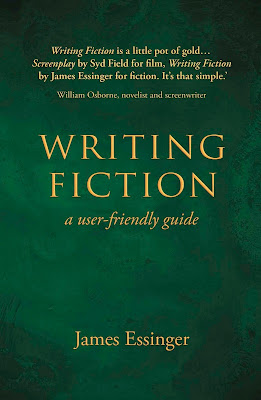 The twenty-four chapters cover every important matter you need to know about, including: devising a compelling story, creating and developing characters, plotting, ‘plants’, backstory, suspense, dialogue, ‘show’ and ‘tell’, and how to make your novel more real than reality.
Also featuring special guest advice from legendary screenwriter Bob Gale, who wrote the three immortal Back to the Future movies (1985, 1989 and 1990), and novelist and screenwriter William Osborne, whose many screen credits include the co-writing of the blockbuster  Twins (1988), this highly entertaining book gives you all the advice and practical guidance you need to make your dream of becoming a published fiction writer come true.
Purchase Links
https://www.amazon.co.uk/Writing-Fiction-user-friendly-James-Essinger-ebook/dp/B07VYY9XH9/
https://www.amazon.com/Writing-Fiction-user-friendly-James-Essinger-ebook/dp/B07VYY9XH9/

The author is obviously a very intelligent and well read person. He has a passion for words and crafting stories and a genuine talent for being able to identify what works in a book and what weighs  a tale down. He shares what he knows with a multitude of classic examples, from Charles Dickens and George Eliot to 1980s popular television and movie fiction including Back To The Future.
He explains about the changing acceptance of techniques in creating fiction and those details that remain constant. This book also offers an abundance of additional resources for an aspiring author. 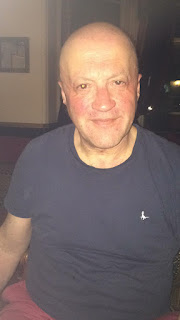 James Essinger has been a professional writer since 1988. His non-fiction books include Jacquard’s Web (2004), Ada’s Algorithm (2013), which is to be filmed by Monumental Pictures, and Charles and Ada: the computer’s most passionate partnership (2019). His novels include The Mating Game (2016) and The Ada Lovelace Project (2019).
Social Media Links – https://www.facebook.com/james.essinger
https://twitter.com/jamesessinger