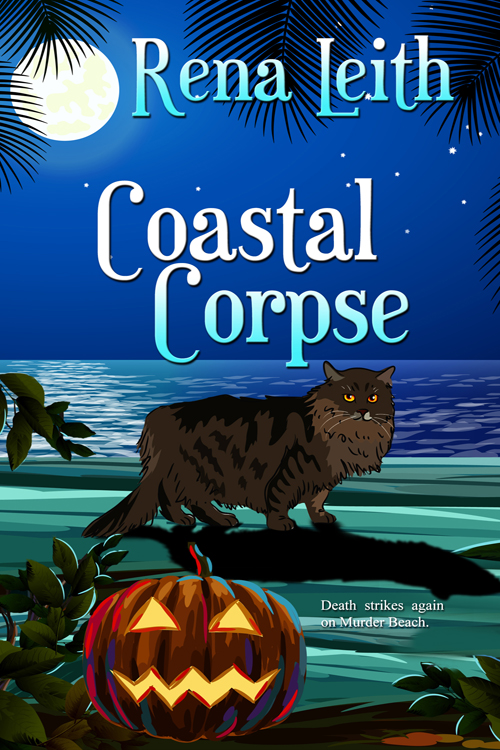 Happily settled in her cozy cottage with its resident ghost, Cass Peake looks forward to Halloween. Then another corpse is found on her beachfront.

With the support of family and her ghostly roommate, Cass investigates. To her dismay, she finds the murder victim handled her goofy neighbor's trust fund and he was in dire need of money.

The suspect list grows with a former husband, another needy relative, and a maybe shady accountant who suddenly disappears. To top it all off, rumors circulate about treasure hidden in Cass's cottage.

Detective George Ho doesn't like his ex-girlfriend snooping around. Despite that, sparks still fly between him and Cass. But superstitious George has no idea Cass's home is haunted. Can Cass solve the mystery and renew the romance with her ghost-adverse ex?

I love ghosts. Always have. I’m totally fascinated by them.

I grew up in a haunted house in suburban Chicago.
Unaware of architectural styles at the time, when folks would ask ‘did you grow up in a barn?’, I’d nod. Our old Dutch Colonial looked like a barn to me. The attic was creepy, but the basement was even creepier. The walls and floor were unrelieved gray cement. The first-floor joists comprised the ceiling. What little light there was emanated from naked bulbs dangling like bulbous hanged men from various wires in the main room, which also contained the washer and dryer. Next to these ghostly white appliances were two metal sinks like gray headstones looming over ancient graves. In the far corner, someone had created a small room by putting up two walls and adding shelves. The walls blocked most of the light, but the bottles and other detritus stored on the shelves created dark and menacing shapes that seemed to move when you pulled the swaying cords to turn on the lightbulbs.

A former owner had added a boxy two-story, single room extension on the back of the house. The basement proper did not extend under the addition. Instead, there was an opening of the size to admit a man on his hands and knees to the crawlspace. In the middle of the crawlspace there was a mound of dirt that looked a lot like a grave. And that’s what I told my two younger sisters: there’s a body buried in the basement!

For all I know, there was because odd things happened all the time in that old house. Doors opened and closed when no one was around. We’d often find ourselves locked in rooms. That might have been more because our father had removed all the doorknobs before painting the doors and never put them back on, but that’s another story.

One afternoon something chased my sister out the front door, which closed and locked behind her. She waited outside for hours until my mother returned. We often had the feeling we were being watched.

While we lived there, I read every ghost story in the school library. I was into research at an early age. As a result of this early training, I go on ghost tours when I visit a new city.

Occasionally, I throw in a vampire tour for good measure, particularly in a city like New Orleans. The ghost tour in Edinburgh is not to be missed.

With a background like this, is it any wonder that I have a character in my current mystery series who’s a ghost? Doris the ghost is loosely based on my mother who was a bit of a wild child in Chicago and New York in her youth.

Why add a ghost to a cozy mystery? Why not? For me, adding Doris to the story was like going back to my childhood. Even though I never knew the ghost who inhabited my childhood home as well as I know Doris, it seemed perfectly natural for the living and the dead to share accommodations. It’s also a way to honor my mother and to keep her memory alive.
Given that I believe in ghosts, who knows, perhaps she’s looking over my shoulder as I type this… 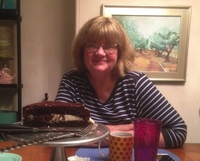 I currently live in Cape May County in New Jersey after spending years in the San Francisco Bay Area with my Maine Coon cats Sierra and Ginger.
I attended Clarion Writers Workshop for Science Fiction and Fantasy at Michigan State University and sold a story I wrote there to Damon Knight for The Clarion Awards anthology.
I wrote technical manuals in Silicon Valley and also published several poems and science articles as well as a couple of chapters in Research & Professional Resources in Children’s Literature: “Piecing a Patchwork Quilt.”
I’ve also taught English in high school and community colleges.