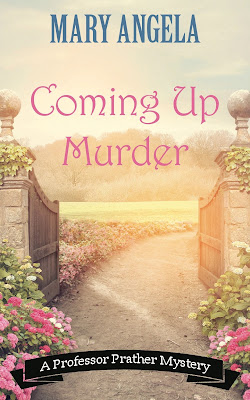 Everything’s coming up roses for Professor Emmeline Prather. Her scholarly book is finished, spring term is coming to a close, and her love life is blossoming. Then the festival surrounding the exhibit of Shakespeare’s First Folio opens, bringing with it a tempest more dramatic than the bard’s.
In his panel presentation, actor and grad student Tanner Sparks contends Shakespeare isn’t Shakespeare, boasting that he can prove the long-debated theory that an aristocrat actually penned the sonnets and plays. His bombshell sets off an acrid debate among scholars. But were they upset enough to kill him? That’s what Em wonders when Tanner is found dead in Shakespeare’s Garden, his macabre pose inspired by a scene from Hamlet.
At her department head’s urging, Em sets out to find the killer. Suspects abound, and Em finds herself targeted by Shakespeare-themed threats. Undaunted, she persists, determined to solve the case before the end of the semester.

To be or not to be a controversy. The question is, who was William Shakespeare?
The discussion or controversy turns deadly at a springtime Shakespearean Festival in South Dakota.
Is the world of Academia truly this fierce or dangerous? Or is it the challenge of becoming published? What motivates people to kill?
With clean yet intriguing content about controversy and secret lives, this book appeals to mystery lovers of many types and levels. Characters we enjoy and want to know better populate this series.
There is some romantic element but it does not detract from the plot.
Whether you are a fan of the bard (or not) or of modern day sleuth television, there is something here for you. 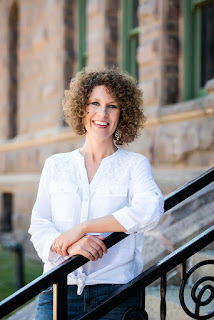 Mary Angela is the author of two cozy mystery series that have strong protagonists with soft hearts. Emmeline Prather is the witty young teacher in the Professor Prather series, and Zo Jones is the sassy sleuth and shop owner in the Happy Camper series (coming from Kensington in 2020). When Mary isn’t penning heartwarming whodunits, she’s teaching, reading, traveling, or spending time with her family. She’s the proud mom of two beautiful daughters and the shameless owner of two very spoiled pets. You can find out more about her loves, including her writing, at MaryAngelaBooks.com.
Author Links
Website: www.maryangelabooks.com
Facebook: www.facebook.com/maryangelabooks
Twitter: @maryangelabooks
Goodreads: https://www.goodreads.com/author/show/15342425.Mary_Angela
Instagram:  https://www.instagram.com/maryangelabooks/ .
Purchase Links
Amazon     Barnes and Noble      Indie Bound    Kobo