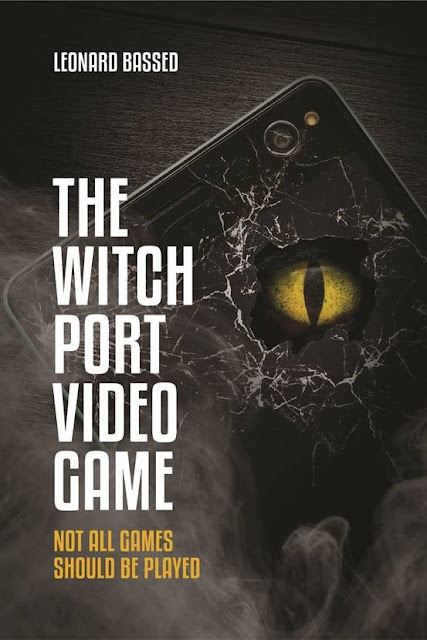 Leonard Bassed had no plan to write a novel titled THE WITCH PORT VIDEO GAME when he set out to create a movie script with a similar name.  “I had written the pilot script first and I kept the same ending for the novel…everything from the script I wrote found its way into the finished book version of ‘The Witch Port Video Game,’ said writer-singer-actor Leonard Bassed.  “I was able to spend more time developing the characters and their world…the whole thing was just such an organic experience and extremely enjoyable, creative for me.”

THE WITCH PORT VIDEO GAME tells the story through the lives of three ordinary teens who live in the fictional town of Cradle Creek, USA – a small town they hope to one day escape, attracted by the bright lights and promise of the Big City.  All three are students at a prestigious performing art school with hopes of one day making names for themselves in the entertainment world.

Mr. Bassed continued about his story, “A chance encounter the three have with a girl named Bianca Morris threatens to derail their plans. Bianca introduces them to an enticing video game, ‘The Witch Port Video Game’.  This encounter, coupled with the arrival of the MacQuoid brothers sets in motion a series of bizarre events that spins their lives into chaos and disarray as the three head into a world of sorcery with an ultimate fight for survival.”

As a young boy growing up in South Africa, Leonard dreamed one day of working in the arts.  He wanted to write, to act, to sing.  While drawn to acting and song writing, he was also a good story teller.  “The auditions I would go out for as an actor were never reflective of the kinds of roles I was after to play. It was this realization that led me to writing the pilot script which I planned to pitch to TV and movie producers.  But, once I finished the script I’d grown too attached to the characters and the wonders of their world that ultimately led the script into the shape of a full novel,” he went on to say.

“While the book’s final moments leave us with a rather sudden, enigmatic ending, an end note does indicate a sequel Witch Port Igniting the Coven on the horizon. For those who enjoy the entertaining literary chemistry that results from inquisitive teens and their foray into the mysterious world of sorcery, Bassed’s venture should prove an intriguing reveal.”
–Pacific Book Review

“Filled with cheeky references to famous pop-culture stories of sorcery and mixed with some classic teenage angst, this book is a fast-paced, suspenseful story. The novel’s premise that some teenagers gain special powers through a video game is an updated, modern take on magic and suits the story quite well for a 21st-century setting. The author sets up the story mechanisms so that everything that happens through the students’ video game play also happens in real life. The author states that this novel was originally a screenplay, and those elements shine through, from the descriptive settings to the fast pace in which the action occurs on the page. It will be interesting to see how the protagonists grow with their powers in the sequel.”
–The U.S. Review of Books


Book can be purchased at the author’s web site at www.leonardbassed.com 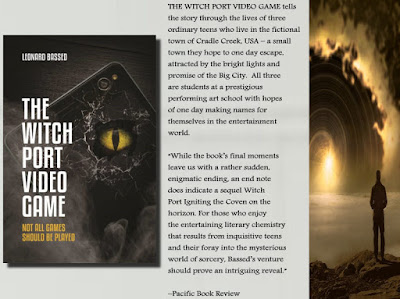 “I begin to hear an eerie chant being recited in unison as the first three naked women make it to the dark summit. Holding long, makeshift brooms, in their right hands, they chant: “Drink the flight broth, wood in hand. Burn the root ...” An elderly woman with lanky hair picks up the goblet, takes a sip of its contents, and inhales the smoke of an already burning smudge stick. The chanting continues: “Then dive from the cliff...” This is perhaps the most startling scene I’ve ever witnessed. The woman runs off the edge of the cliff, seemingly to plummet to her death, but I hear “Not by wind nor by wings, airborne sisters thou shall soar.” Suddenly, the woman who vanished off the cliff reappears, hovering in mid-air on a broom. She begins cackling, and the louder her cackles, the higher she floats. Soon a host of other women mimic her actions, cackling into the night air.” – By Leonard Bassed

•        This is one of my favorite excerpts from my novel, ‘The Witch Port Video Game’ because of the imagery it conjures.
•        My novel begins with Martin’s recollection of a vision he once had. In the vision women are seen diving of a cliff and flying on their brooms, true to the stereotypical portrayal of witches in the media and western folklore.
•        The women are depicted inhaling something resembling a smudge stick this leaves the reader unsure whether they’re indeed flying or having some sort of hallucinogenic experience brought on by the smoke. 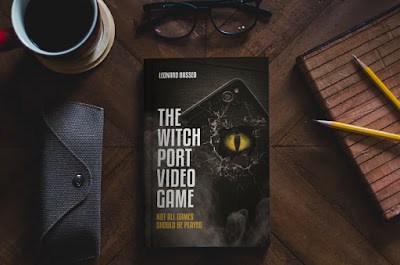 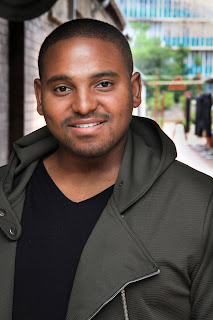 Writer-actor-singer Leonard Bassed was born in the town of Middleburg, Mpumalanga and raised in Johannesburg.  He started taking vocal lessons at age eight and studied drama throughout his high school years.  A mentor encouraged him to pursue an acting career.  Leonard went on to complete acting classes in both South Africa and later Los Angeles.  Currently, when not writing or singing, Leonard continues to study acting techniques with the renowned Margie Haber Studio in Hollywood. In his free time, he enjoys travel, reading and movie going. 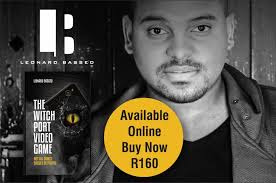