THREE WIDOWS AND A CORPSE


Three Widows and a Corpse

Three Widows and a Corpse (A Food Blogger Mystery)

Between developing her food blog, Hope at Home, and choosing low-cal recipes for a feature in Cooking Now! magazine, Hope has a full plate. Still, she’s never too busy to compete in a Jefferson, Connecticut, tradition—the town’s annual scavenger hunt.
But as she races with her team to check off the next item, Hope discovers a grisly surprise—the body of shady real estate developer Lionel Whitcomb, shot in a parking lot. His wife Elaine, who’s also in the hunt, gasps and nearly faints. But two other women on the scene cry out that their husband is dead.
It turns out this louse of a spouse was more than a little lax in legally divorcing his former wives. Did one of them put a bullet in the bigamist? Number one suspect and number three wife Elaine begs Hope to investigate.

Now Hope is on a new kind of hunt—for a cold-hearted killer and triple widow-maker . . .
Includes Recipes from Hope’s Kitchen!

Lots of changes have many people emotionally off balance. Hope has been enjoying success with her food blog but the option of a steady paycheck is appealing. Her sister Claire has lost an election and is no longer part of her real estate office. She's holed up in a huge, unfinished house.
So when it is time for the town's annual Scavenger Hunt, bringing people together, Hope is hoping for some entertainment and fun. What she does not count on is finding ANOTHER dead body.
Could it be coincidence that two women have just arrived in town that share the dead man's last name?
Emotionally charged and full of shady connections, this is a book about moving forward and dealing with life's difficult situations head on. Will Hope get involved in the investigation? After all, she DID discover the body. Will this put Hope in physical danger herself? She tries to protect those she loves and be friendly to others she perceives as hurting.
Plenty of delicious opportunities pop up to help Hope and friends as they get mixed up in a murder. Was it revenge or just being in the wrong place at the really wrong time?
You may want to read this book while waiting for a few of the delicious recipes included to bake up. 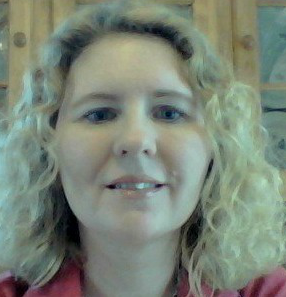 Debra Sennefelder, the author of the Food Blogger Mystery series and the Resale Boutique Mystery series, is an avid reader who reads across a range of genres, but mystery fiction is her obsession. Her interest in people and relationships is channeled into her novels against a backdrop of crime and mystery. When she’s not reading, she enjoys cooking and baking and as a former food blogger, she is constantly taking photographs of her food. Yeah, she’s that person.
Born and raised in New York City, she now lives and writes in Connecticut with her family. She’s worked in pre-hospital care, retail and publishing. Her writing companions are her adorable and slightly spoiled Shih-Tzus, Susie and Billy.
She is a member of Sisters in Crime, International Thriller Writers, Women’s Fiction Writers Association and Romance Writers of America.