The Cornish Secret of Summer's Promise by Laura Briggs


The Cornish Secret of Summer’s Promise 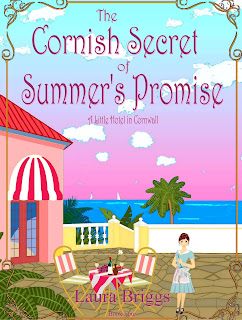 As spring slips away from the hotel Penmarrow, excitement builds for an exclusive auction hosted at the hotel, featuring priceless possessions from a Hollywood actress turned lady of the manor, including her famous diamonds. Celebrities and collectors form a crowd that is keeping Maisie and the rest of staff busy, even as Maisie faces a crossroads for her manuscript.

But when the diamonds are stolen and Sidney is accused by the authorities, Maisie's dilemma as a writer is pushed aside out of fear that his future in Port Hewer is in jeopardy. Desperation to prove that someone else is behind the theft will lead Maisie to uncover a very different secret outside of jewel thieves and village rumors ... one that could change her life and her future forever.

Can Maisie deal with the latest secrets exposed — including those that paint Sidney's past in a questionable light? And as summer's dawn alters her idyllic life in Cornwall, will Maisie's feelings for Sidney change as well?
Purchase Link: https://smarturl.it/cornishsecret

You can read and enjoy this as a stand alone book, but I know you will appreciate knowing what brought Maisie to the hotel and how her relationship with Sydney has unfolded and deepened from the start. The hotel itself and the staff have interesting histories. and ambitions.Maisie is an American who ended up at the hotel in search of a mentor. She has grown fond of the staff and one particular neighbor.Now she is hearing rumors of this special person having a dark and devious reputation.However, as the hotel is in the process of hosting an auction of expensive and famous proportion, Maisie is still busy writing her own novel and people watching as the wealthy gather to bid on auction items, while in hopes of rubbing elbows with others even more rich and famous than themselves.An auction of this caliber most often is too attractive to thieves to resist. The author, herself, admits to a touch of "Ocean's Eleven" influence.Will Maisie admit her feeling to Sydney when he becomes a person of interest for the auction heist?Will she finally meet Alistair, the mentor she came to the hotel to find? Her novel is ready for the next step. What does that mean? Which dream will Maisie follow?I am not telling! 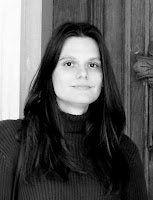 Author Bio –
Laura Briggs is the author of several feel-good romance reads, including the Top 100 Amazon UK seller 'A Wedding in Cornwall'. She has a fondness for vintage style dresses (especially ones with polka dots), and reads everything from Jane Austen to modern day mysteries. When she's not writing, she enjoys spending time with family and friends, caring for her pets, gardening, and seeing the occasional movie or play.
Social Media Links –
Author Facebook at http://on.fb.me/1JjeMoI
Twitter at http://bit.ly/1ME9ivJ
Book One, A Little Hotel in Cornwall. 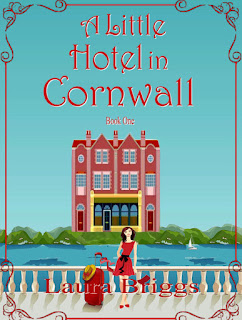