The Wisdom of the Flock: Franklin and Mesmer in Paris by Steve M. Gnatz 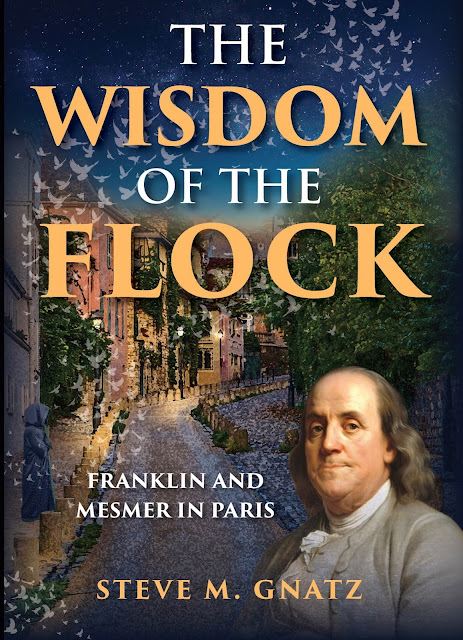 1776: Benjamin Franklin sails to Paris, carrying a copy of the Declaration of Independence, freshly signed. His charge: gain the support of France for the unfolding American Revolution. Yet Paris is a city of distractions. Ben’s lover, Marianne Davies, will soon arrive, and he yearns to rekindle his affair with the beautiful musician.

Dr. Franz Mesmer has plans for Marianne too. He has taken Parisian nobility by storm with his discovery of magnétisme animale, a mysterious force claimed to heal the sick. Marianne’s ability to channel Mesmer’s phenomena is key to his success.

A skeptical King Louis XVI appoints Ben to head a commission investigating the astonishing magnétisme animale. By nature, Ben requires proof. Can he scientifically prove that it does not exist? Mesmer will stop at nothing to protect his profitable claim.

The Wisdom of The Flock explores the conflict between science and mysticism in a time rife with revolution, love, spies, and passion.

Steve M. Gnatz, author of The Wisdom of the Flock: Franklin and Mesmer in Paris

Benjamin Franklin was sent to France in 1776 by the Continental Congress to enlist the aid of the French government in helping to prepare the American colonies for the upcoming war with Britain.

While in Paris, Franklin became aware of the claim by Dr. Franz Anton Mesmer that he could cure people with a wave of his hand. Yes, being “mesmerized” is named after the good doctor and his technique. 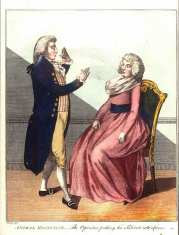 The interaction between Mesmer and Franklin is central to the book: The Wisdom of the Flock: Franklin and Mesmer in Paris.

Franklin was skeptical by nature. He would require proof of any new force that Mesmer might claim to have discovered. The King of France put Franklin in charge of a commission investigating Mesmer’s claims.

Franklin met with Mesmer on at least one occasion while they were both in Paris, and the meeting did not go well by all reports. Franklin got to observe firsthand Mesmer’s effect on women when his friend Madame Brillon swooned. It apparently made Franklin very uncomfortable.
Perhaps he was jealous?

During the Commission proceedings (which were boycotted by Mesmer), Franklin underwent an attempt by Mesmer’s protégé, Dr. Deslon, to be “mesmerized”. Franklin claimed that he felt nothing. Other members reacted similarly. However, the commissioners noted that people who felt that the treatments would work often felt something. They chalked up the effects to imagination. Mesmer was discredited and forgotten in his own time.

Still, Mesmer’s technique was rediscovered in the 1800’s as hypnotism. We know today that hypnotism can aid in pain relief, stress management, and can allow people to shed unwanted behaviors (such as cigarette smoking).

While there is no evidence that Franklin was ever mesmerized, if I have piqued your interest and you would like to know more about the fascinating interaction between the two, please read the book! 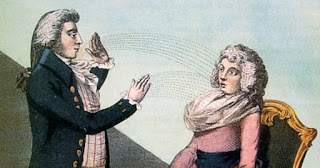 Liberally sprinkled with facts and actual historical personage, this fictional account of Ben Franklin's life at the time of the birth of America is a fascinating read.
By the time you are finished you will wonder about your own thoughts and points of view before you began. This book definitely makes you think and ponder.
Covering politics as well as the medical, scientific topics of the times, there is much going on for any historical reader to dig into. I found certain issues quite relevant and controversial  in today's world as well.
Some of the questions pondered and explored centuries ago are still unsolved today.
The authors pace and style are enjoyable and flow quite well.
A few salacious topics are tastefully handled.
The book is told from varying points of view, multiple locations, but is easy to follow.
This is not a book that can be read in one session. You will have to put it down, but will find yourself eager to return. 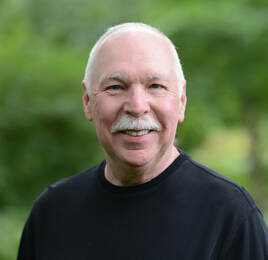 Steve Gnatz is a writer, physician, bicyclist, photographer, traveler, and aspiring ukulele player. The son of a history professor and a nurse, it seems that both medicine and history are in his blood. Writing historical fiction came naturally. An undergraduate degree in biology was complemented by a minor in classics. After completing medical school, he embarked on an academic medical career specializing in Physical Medicine and Rehabilitation. There was little time for writing during those years, other than research papers and a technical primer on electromyography. Now retired from the practice of medicine, he devotes himself to the craft of fiction. The history of science is of particular interest, but also the dynamics of human relationships. People want to be good scientists, but sometimes human nature gets in the way. That makes for interesting stories. When not writing or traveling, he enjoys restoring Italian racing bicycles at home in Chicago with his wife and daughters.