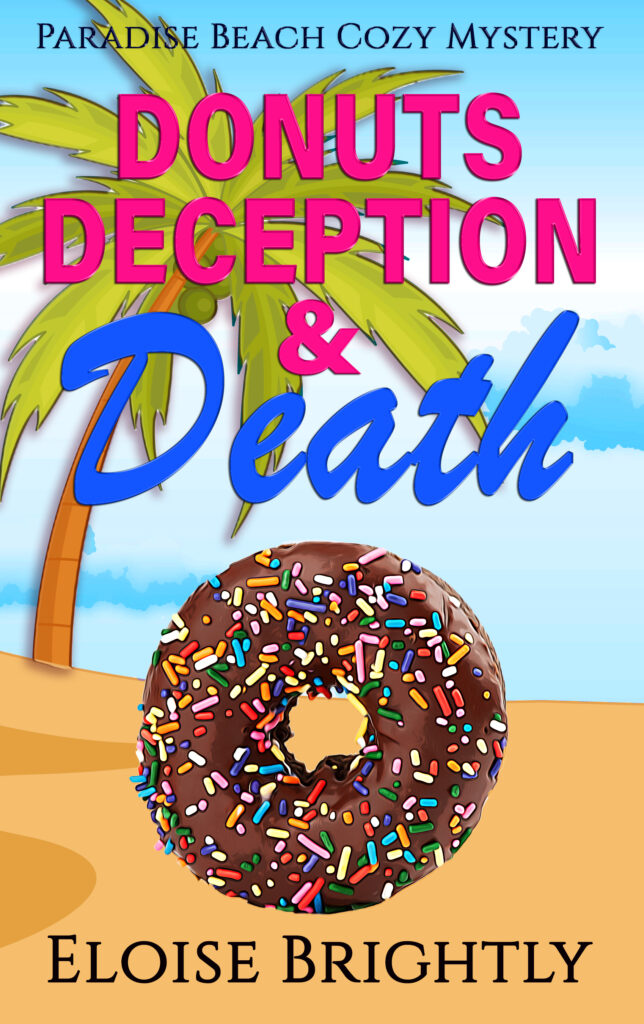 Daisy Elliot doesn’t expect to end up embroiled in a murder mystery. She’s the owner of a bed & breakfast just minutes from the beach, but her neighbor opened a new B&B and used Daisy’s business name as her own. Daisy believes kindness and talking can solve everything. She’s ready to brew up a cup of tea and sit down to discuss the problem...until her neighbor ends up murdered.

With the spotlight on Daisy, she needs to solve this crime, or she’ll end up behind bars. Pure grit and determination lead Daisy to focus on those closest to the victim. But when Daisy gets too close, the perpetrator lashes out, putting Daisy in harm’s way.

A web of half-truths and outright deceptions keep Daisy in the dark. Will she end up lost, or can she find the truth?

An interesting although tragedy filled introduction to a new series.Small town, island life is wonderful for the tourists, but making a living there can be very difficult.B&B owner Daisy Elliot lost her husband shortly after opening her doors. Now her neighbor is attempting to steal her customers and the odd man across the street is threatening Daisy and her cats!Full of quirky characters and a police department who are not used to dealing with murder, Daisy finds herself defending nor only her own name but her friends from accusations of murder.I don't want to tell you more about the plot, but that is not where the tragedy ends.Plenty of suspects as we learn dark secrets about the island residents and their obsessions.Can Daisy help herself from asking too many questions and placing herself in danger?Has she recovered from her grief and betrayal to allow feelings of romantic interest to rise to the surface? Will any of it matter if a killer decides she knows too much?

We'll have to see where this series goes next.

Eloise Brightly loves cozy mysteries. Crime fiction is her favorite. She enjoys figuring out whodunit while curled up before a roaring fire with a mug of hot cocoa. She lives on the eastern seaboard and combs the beaches while watching dolphins play, searching for inspiration for another mystery series.