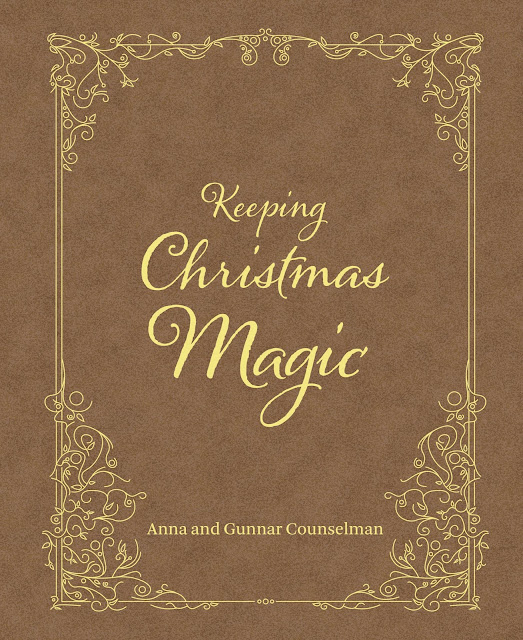 Join Us for This Tour from November 26th to December 6th
Book Details:

In our book, Keeping Christmas Magic, it asks children to sign a sort of contract, promising to keep the secret and thus join the ranks of Christmas Magic Keepers.

The first half of the book articulates all the ways that a kid could have gotten the word about Kris Kringle. It acknowledges the sadness that might accompany the newfound realization but then promises a hopeful and uplifting truth that is just as magical as flying reindeer and a jolly old man defying the laws of physics by squeezing through chimneys and travelling at light speed in a sleigh while consuming hundreds of millions of cookie bites in one night.

But the only way to learn that truth is to promise to “never tell anyone who doesn’t already know”.

We imagine kids, feeling sad to be having this conversation, suddenly intrigued, feeling like they’re going through a coming-of-age ritual as they sign on the line right next to their parents’ and grandparents’ signatures.

Once the kids have joined the secret society of Christmas Magic Keepers by signing their promise, the book goes on to tell of the man who first started bringing toys to kids at Christmas.  But of how, after years of bringing joy to his neighbors, he became, like all of us will do, too old and too feeble to continue his life’s work.  But the tradition he started didn’t die because parents and older brothers and sisters promised to continue his work. The book then explains a Christmas magic that the children can keep going.

You see, the magic of Christmas is one simple and powerful thing—love. That’s the magic. For the real Santa Claus so loved to see kids happy that he spent his life bringing them joy.  And as long as that spirit of loving to see others happy survives, Santa can live forever through us.  And it’s that part of Santa that parents tap into when they sign his name, drink his milk, take just one small bite of his cookies by the fireplace, and dutifully move the elf from shelf to shelf each night.

Every Christmas Eve, billions of children around the world go to bed dreaming that they’re on the nice list. And as they fall asleep, they can feel the magic. For that one moment, the whole world is blanketed by Santa’s love.

Because for a thousand years, generation after generation have been Keeping Christmas Magic. 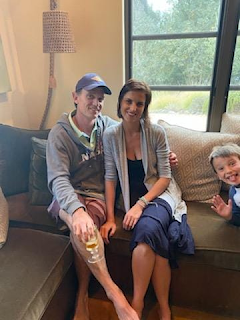 ​Anna and Gunnar are the husband-and-wife team behind Keeping Christmas Magic. Anna immigrated from Russia at age 12 and began her American journey in Swampscott, MA, attending Boston University before moving out to California to pursue her entrepreneurial career which has culminated in her co-founding Upstart, an AI lending platform.
A third- generation Marine, Gunnar grew up pretty much everywhere there's a Marine base before going to Cornell for undergrad, deploying as a Human Intelligence Officer to Iraq, the Horn of Africa and Bosnia before attending Harvard for business school. Gunnar's entrepreneurial career has focused in education software and services where he's founded and invested in a handful of companies including his most recent company, Array.
When their then-six-year-old son Tristan started asking hard questions about Santa, they didn't have good answer. Wanting to keep Christmas as magical as possible for as long as possible they looked for a children's book to help and when they couldn't find one, they wrote it. Originally, the poem was just for Tristan and his baby sister Sasha, but some close friends convinced them to submit it for publishing and the more they worked on the story, the more they felt like it needed to be told. They hope that the book does for parents around the world, what's it's done for them, help make an otherwise difficult conversation a beautiful experience instead.
connect with the authors:  website ~ goodreads

There comes a time when everyone starts to question whether Santa is real.
As parents, if we are lucky, that day is delayed but eventually it will come.
This book was written for a first child, hoping to answer some of the questions while keeping the magic of believing alive for all children.
The subject is handled gently, tactfully and without harsh detail.
For example, set Santa aside and think about the elves!
A definite answer is not given, but the background for Christmas traditions is explored.
At the end of the book, an assignment is given to make the questioning child take on a new role.

The book is beautifully illustrated to make sharing the story a delightful experience for both parent or guardian and child.