OF MURDER AND MEN 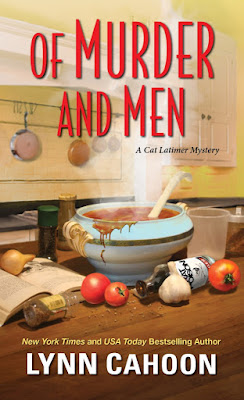 Of Murder and Men (A Cat Latimer Mystery)

Love is in the air in Aspen Hills, and it’s making a terrible mess of Cat Latimer’s writers’ retreat—especially when blood stains the plot . . .
Ever since her business partner, Shauna, fell for a wealthy landowner in town, Cat has been working double time to keep her writers’ retreat running. And with the January session almost underway, that spells trouble. As if scheduling mishaps aren’t disastrous enough, Shauna skips out on kitchen duties one morning, forcing Cat to serve unsuspecting guests store-bought muffins . . .
But best laid plans really go awry when Shauna discovers her beau missing from their bed. When his body later turns up in the horse barn, they quickly find out the victim’s scandalous lifestyle left many dying for revenge. While balancing an eccentric group of aspiring writers and a suspect list for the record books, Cat soon finds herself on the heels of a killer—and authoring her most deadly conclusion yet . . .

I love the camaraderie of the characters and the inspiration. The wonderful discussion of other aspects of the publishing business might be a bit scary or intimidating, but also fascinating.

Never before have I wanted to attach a theme song to a book I have read. For some reason this book screams Bonnie Tyler's Total Eclipse of the Heart. Cat's venture of offering a monthly writers'retreat is like "... living in a powder keg and giving off sparks."
Both Cat and Shauna have had shadows over their love lives. Both fell for men who could not be totally honest with them and had secrets that would eventually rock the women's worlds.
I also enjoyed a cameo crossover connection to another of Lynn's great series.

While the story pulled me along without letting go and all was wrapped up pleasantly enough at the end, there are still enough possibilities left for adventure and surprises in a number of future books in this series.  I eagerly await each of them. 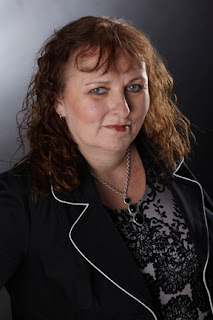 Lynn Cahoon is the author of the NYT and USA Today best-selling Tourist Trap cozy mystery series. Guidebook to Murder, book 1 of the series won the Reader’s Crown for Mystery Fiction in 2015. She’s also pens the recently released, Cat Latimer series.  She lives in a small town like the ones she loves to write about with her husband and two fur babies. Sign up for her newsletter at www.lynncahoon.com