The Death By Association tour 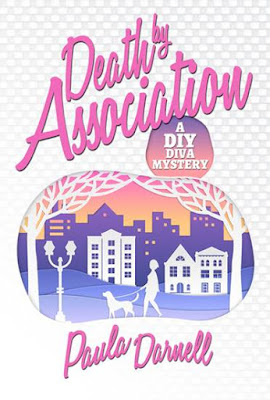 DIY Diva Laurel McMillan learns that the high walls and guarded gates of Hawkeye Haven can’t protect her community. When Laurel takes her pampered, chocolate Labrador retriever, Bear, for an early morning walk, she finds her friend, security guard Bessie, bleeding and unconscious at her guardhouse post. If the attack on Bessie isn’t enough to set the residents’ nerves on edge, the murder of Victor Eberhart, the unpopular president of the powerful homeowners’ association, certainly does the trick. Despite teaching DIY classes and writing project instructions for her latest book, DIY for Dog Lovers, Laurel manages to squeeze in time for some DIY detective work. But as she gets closer to the truth, Victor’s killer would like nothing better than for the DIY Diva to take a dive.


Inspiration for the Lovable Lab in Death by Association

When it comes to a cozy mystery, there's nothing like a lovable pet as a canine or feline friend for an amateur sleuth. I chose a canine companion for Laurel McMillan, the main character in Death by Association, A DIY Diva Mystery. Bear, Laurel's adorable chocolate Labrador retriever accompanies her on walks around the neighborhood in their guard-gated community, Hawkeye Haven, and he's with her when she discovers that one of the community's guards has been attacked and her gun stolen.
Bear loves to swim, fetch his hard rubber ball, go for his morning walks, play with his doggie friend Goldie, beg for treats, and give Laurel a guilt trip every time she leaves him home alone. 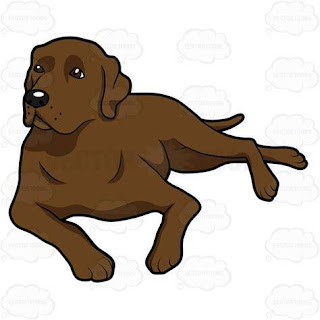 Bear was inspired by my own dogs, Teddy Bear, a yellow Labrador retriever, and Rocky Boy, a black Lab-Great Pyrenees mix.
Teddy Bear was seven years old when I adopted him from a local animal shelter. Unfortunately, his previous pet parents hadn't taken very good care of him, and he'd lived outside his entire life. Temperatures soar to 110 degrees in the desert Southwest, where I live, and sun damage had caused him to lose hair on his snout. He also had a thyroid condition, which luckily was easy to treat. I was a bit worried about house training a dog who had never lived inside before, but it turned out to be a breeze. Teddy “got it” right away and learned to go the door whenever he wanted to go outside. He never had an accident in the house. 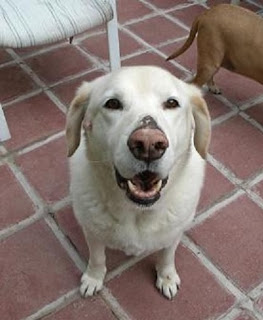 Teddy quickly adapted to his new environment where he could live in air-conditioned comfort. He loved to take early morning walks, retrieve his hard rubber ball, and dance for his dinner. Teddy Bear lived to be thirteen, and I still miss him. He was a sweet boy with a laid-back Lab temperament.
We adopted Rocky Boy, now ten year old, from a rescue organization when he was four. When my husband and I arrived to pick him up, we dicovered that his previous owners had had his front paws declawed! We were shocked and dismayed to learn that someone would do this. When we first took him for a walk, we found that walking on pavement or a cement sidewalk bothered him because he had no nails on his front paws. We decided to talk him to the park for his daily walks, where walking on grass would be easier on his feet.

Rocky looks like a Lab, but he acts more like a Great Pyrenees. He has no interest in retrieving, and he sometimes tries to herd us if we're not doing what he thinks we should be doing. Otherwise, Rocky's a mellow boy, but a he's also a great watch dog. Although he tolerated modeling the dog scarf project from Death by Association, he was much happier to sample the snacks I was developing as dog treat recipes for the book, all of which he gives his doggie seal of approval.
You'll find recipes for dog treats and instructions to make a dog scarf and a dog bed in the back of Death by Association.

Even though this takes place in a gated community it has the small town atmosphere that I love in my mysteries. The characters are diverse and well developed. You know I loved Bear. I also like that the main female protagonist is also an author and creative. Her involvement in the case evolved naturally. I like how that felt. 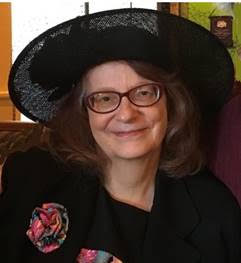 An instructor at five colleges over the years, Paula Darnell most often taught the dreaded first-year English composition classes, but she’s also been happy to teach some fun classes, such as fashion design, sewing, and jewelry making. Paula has a Bachelor’s degree in English from the University of Iowa, Iowa City, and a Master’s degree in English from the University of Nevada, Reno.
Like Laurel, the main character in Death by Association, Paula enjoys all kinds of arts and crafts. Some of her memorable projects include making a hat and a cape to wear to Royal Ascot, sewing wedding gowns for both her daughters, exhibiting her textile and mixed-media artwork in juried art shows, and having one of her jewelry projects accepted for inclusion in Leather Jewelry, published by Lark Books. She sells some of her jewelry and hair accessories in her Etsy shop: www.etsy.com/shop/PaulaDJewelry.
Paula’s interest in DIY craft projects and fashion led to her writing hundreds of articles for print and online national publications.
Living in a guard-gated community governed by a homeowners’ association gave Paula the idea for the setting of Death by Association. She finds that residing in an HOA community can be both a blessing and a curse. A Happy-New-Year greeting from her community association called on residents to “start the new year by reviewing your Rules and Regulations booklet,” something unlikely to top anyone’s list of New Year’s resolutions.
Paula lives in Las Vegas, Nevada, with her husband Gary and their 110-pound dog Rocky, whose favorite pastime is lurking in the kitchen, hoping for a handout
Author Links
Author’s website – https://www.pauladarnellauthor.com/
Twitter – https://twitter.com/PaulaJDarnell
Goodreads – https://www.goodreads.com/author/show/18782445.Paula_Darnell
Pinterest – https://www.pinterest.com/paulad0057/
Etsy shop – https://www.etsy.com/shop/PaulaDJewelry
Purchase Links – Amazon  Amazon Paperback