Amal the Thirsty Gamal: A Christmas Tale by Robert Schorr 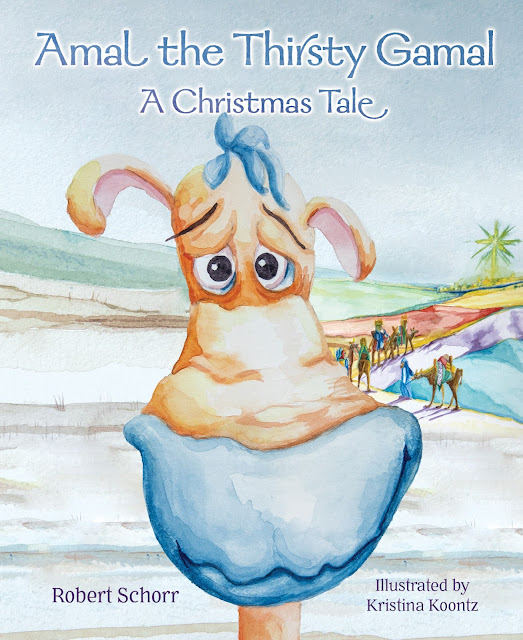 Book Details:
Book Title:  Amal the Thirsty Gamal: A Christmas Tale by Robert Schorr
Category:  Children's Fiction (Ages 3-7),  38 pages
Genre: Children's Picture Book
Publisher:  Mascot
Release date:  July, 2021
Content Rating:  G.
Book Description:
The charming tale told in Amal the Thirsty Gamal is for every young person who might be anxious about how they are viewed by those around them (and yes, camels care about that too!). For so long, our little hero has been hearing taunts and jeers and thinking negative things about himself, his looks, and especially his little hump. But—oh, brace yourselves! — because Wise Men are traveling with Amal’s special caravan, and when one of them speaks up around the campfire one night, everything changes for little Amal!

There’s a quote I’ve always loved by Groucho Marx. No, I’m not that old! My parents watched Groucho Marx, not me. But, in later years, whenever I came across something he said, I would laugh just like my parents did. And here’s my favorite:

“I would never join a club that would allow me to be a member.” 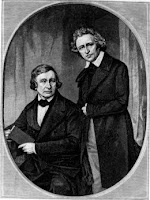 That classic, self-effacing humor is so typical of him!

Down through the years, as I worked on my writing, whenever another rejection slip came in, that quote would come to mind. The rejection slip always brings the same painful reminder: you are outside the club and you must be the reason! That hurts! It’s enough to make anyone want to give up the “club”, don’t you think? But hold on!

If any of this is striking a chord with you today, I have some encouraging things to say. Not that I’m an expert on the subject really; but here are a few things that encourage me...

Did you know, for example, that Herman Melville got rejection slips for Moby Dick? Yes, the publishers wanted yet another exotic island romance like Typee and Omoo. Those publishers all knew what the public was clamoring for, but what happens when the public’s taste is no good? Poor Melville never did see his great classic sell: only 4,000 copies in a hundred years. And yet today it is hard to find anyone who wants to read Typee or Omoo, while everyone treasures Moby Dick.

Emily Dickinson is another great example. There was a brief period when Dickinson wanted to publish several of her favorite poems, but an “expert” named Thomas Higginson, sent them back with advice that she give up the idea, and so she did; she never tried to join the “club” again. Today most of Dickinson’s 1,775 poems are revered by all as sheer genius.

Did you know, by the way, that one of the world’s greatest publishers was always “outside the club”?

His name was Alfred Knopf; he was a wonderful publisher with the keenest, most discerning “eye” for fine writing. Wherever he found it, he snatched it up and put it into print, with little regard for its popular potential. Knopf noticed, for example, that American publishers were ignoring the great writers of Europe and Asia; so, he published them himself. And because of that, he never truly “belonged”.

I remember one time, during my college years, holding a copy of Abe Kobo’s wonderful novel Inter Ice Age 4 and wondering: “Who discovered this for us? Who is this publisher?” It was Alfred Knopf, one of his Borzoi Books, and already I admired him before I ever knew anything about him.

So, here is my two cent's worth for anyone who might still be “outside the club”:

Being outside the club doesn’t necessarily mean you are the problem. Some publishers are only asking: “what sells?” “what’s trending?” “what’s politically safe”? not necessarily “what is excellent?”

You are not writing to please agents and editors. It is never a good writer’s goal to provide what agents are “looking for”. A good writer meets the demands of his vision and follows his artistic standards. And if that’s what you do, just keep on doing it.

Take an honest assessment of the excellence of your work and if you are reasonably convinced of it, then just keep on writing, like Melville and Dickinson. They were convinced of theirs! And, if your first novel is being rejected, just start in on the second.

Today we have wonderful small-press publishers, indie publishers, hybrid publishers, and self-publish programs, which enable you to reach your goal without even being “in the club”. And isn’t that a thrilling prospect? So, if I were you, despite the umpteenth rejection in the mail, I’d get back to work!

I loved this book!
Combining the valuable lessons from the story of the Wisemen traveling to meet the Christ Child, with elements similar to how Rudolph the Reindeer didn't fit in to the expectations of those around him.
Just like Rudolph, Amal discovers that he has special qualities that make him the best for a particular job.
He also learns that he has inside of him every thing he needs, if only he believes it.
The illustrations have a beautiful yet whimsical quality to them that appeal to both young readers and adults.
The rhyming prose is not simple but effective. The book has a nice rhythm and flow and offers opportunities for vocabulary advancement.
This cute story will become an annual reading tradition. 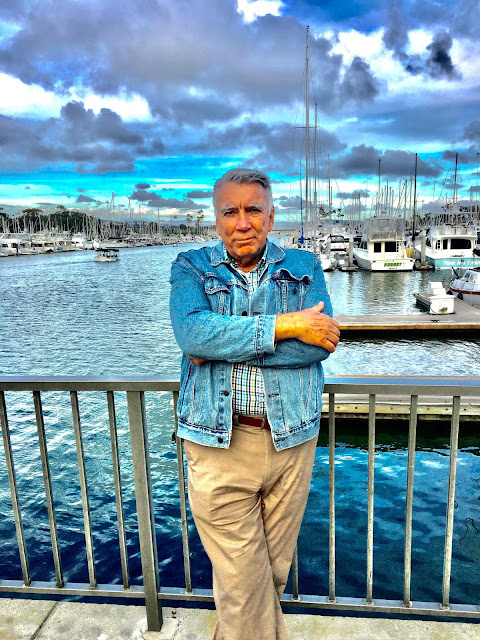 Meet the Author:
Robert Schorr resides in San Clemente, California, with his wife Sharilyn and their family nearby. For 26 years, he served as Senior Pastor at Calvary Chapel Old Towne in Orange, California. Prior to that, they lived in Asia for 17 years. He is devoted to his Savior, to Sharilyn, his children, flying, hiking, fly-fishing, Chinese, and writing. He loves any story that makes someone special, and he knew, a long time ago, that little Amal had one to tell.